Organic Waste to energy – Sounds something like ‘best out of waste’ competitions we had in school but in this case, waste is organic. Well, the concept is similar though. Waste to energy means turning hazardous waste to something useful like energy. It uses different technologies to convert waste into energy. In today’s world waste generation keeps increasing and so does the need for solutions for this issue. Organic municipal waste and agriculture sector contributes towards maximum waste generation in India. Thus, management of this organic waste is very important with increasing demand for energy.

So, in this blog we are going to learn about waste to energy and various aspects of it.

Developing countries are facing challenges with organic waste management. Improper waste management causes hazards to the environment and the society. There are various treatment options for municipal solid waste  and organic waste such as recycling, waste to energy, etc. According to the Ministry of New and Renewable Energy, urban organic solid waste should generate 1247 MW of energy.

With increasing demand for energy, investigation of alternative energy strategies has become more important for future world stability. Renewable energy sources (waste to energy) are going to be one of the most attractive substitutes in the near future.

Fossil fuels have been exploited over the years. This has caused serious irreversible damage. Some of it is climate change, world conflicts and energy source shortage. We can summarize these problems in three main sections given below:

These problems have negative effects on the society at local, regional and global levels. One thing that can solve these problems is affordable and renewable energy sources. It is the need of the hour!

The requirement for energy will increase by a factor of 6 times by 2100. If this demand has to be divided between developed and developing countries then there is no shortage of energy in developed countries. However, in developing countries such as India, the ratio of energy required to energy available is incompatible. This uneven distribution requires a technology that can mitigate the energy crisis.

To meet its energy requirement, India requires 3-4 times more energy than energy consumed today. The most economical benefits are to minimize environmental pollution and meet the energy demand for various purposes. In India, the MNRE, Govt. of India initiated a National Master Plan in 1994, which incorporates biogas technology as one of the major Organic Waste to Energy options to be developed and adopted in the country

Why Is Organic Waste to Energy Important

Most of the organic waste that is generated finds its way into land and water bodies without any treatment. This causes emission of harmful gases and severe water pollution. Any organic waste from industries is a resource which can result in energy generation.

A solution for the global problems listed above can be adoption of environment-friendly organic waste-to-energy technologies. This will allow treatment and processing of organic wastes before their disposal. These measures would help reduce the quantity of wastes. Worldwide growing energy deficit is making governments become keen on alternative and renewable energy sources. Organic Waste to energy is one of these.

Energy sources like solar radiation, wind and tides are considered as inexhaustible and therefore feasible for a longer period of time. Abundant sustainable energy sources can:

·  Ease the development of new technologies through Waste to Energy Routes.

Thus, waste to energy serves as an attractive option. It not only helps in waste disposal but also in energy production.

Organic waste such as food waste is discarded from food production plants and commercial kitchens (cafeterias and restaurants). Traditionally, food waste is incinerated with other combustible material but the moisture in organic food waste leads to release of dioxins during combustion. Moreover, incineration causes air pollution. Therefore, valorization techniques have been developed. These technique uses organic waste and convert it into biofuels.

Hydrogen provides high energy yield. It is used as a compressed gas. Organic (food) waste which has higher carbohydrate content is appropriate for hydrogen production. There are certain factors to which are taken into consideration for this such as:

Methane production uses anaerobic processes to produce methane or biogas. It serves as an acceptable solution for organic waste management because of its low cost, less residual waste and its utilization as a renewable energy source. Methane production is a three step process:

Ethanol has various industrial uses and thus its demand keeps increasing. It is used as a chemical to produce ethylene which has a market demand of more than 140 million tonnes per year. Ethanol production is also a three step process:

The utilization of biogas is a green innovation with ecological advantages. Biogas technology empowers the effective utilization of aggregated animal waste from food creation and of municipal solid waste from urbanization. Biogas technology is considered as a better alternative over conventional composting process as it produces both biogas and manure as end products. If processed anaerobically, it can have many advantages. Some which are –

As a maintainable energy supply with negligible or zero utilization of hydrocarbons, hydrogen is a promising option in contrast to fossil fuels. It is a clean and harmless to the ecosystem fuel that produces water rather than ozone depleting substances when combusted.

Hydrogen production can be done through various methods such as electrolysis of water, steam reforming of hydrocarbons and auto thermal processes. However, these methods are not cost-effective as they have energy requirements.

There is a certain criteria for feedstocks for hydrogen production to be sustainable. It is that feedstock should be principally organic carbon source, be of sufficient concentration. It should also require minimum pre-treatment and be of low cost.

Limitations of Organic Waste to Energy

With its sustainable and monetary benefits, waste to energy also has its limitations. Some of them are mentioned below:

1.    Current anaerobic digestion technologies are not sufficiently enough   to recover usable energy at a cost competitive with fossil fuels.

3.    Collection, transport and processing of waste also poses a challenge. 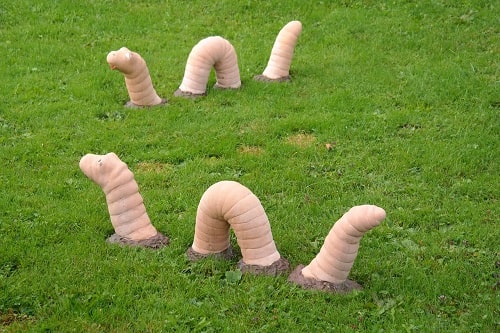 Benefits Of Vermicomposting and Why It’s The Future