When was the last time you went to a seed and fertilizer store and bought vermicompost or someone told you about the benefits of vermicomposting?

We will first start by getting to know what vermicompost is.

Vermicompost is similar to compost and can apply in the same way to gardens, lawns, and potted plants. Vermicompost is homogenized, humified, porous and  nutrient-rich manure. It is a good quality plant growth promoter. Vermiculture is a suitable answer to ecological agriculture, which is equal to sustainable agriculture. Used as a means for the environment to recover its nutrition from organic wastes. Vermicompost can convert non-toxic solid waste’s organic fraction into precious vermicompost.

Various species of earthworms do vermicompost. It is a cost-effective method with various aids on the environment. Recently, farmers have switched to vermicompost over chemical fertilizers. Most common reasons are increasing demand for organic food products and it’s easy on the pocket as compared to chemical fertilizers. Large-scale vermicomposting is practiced in many countries like India, Canada, Italy, Japan, Malaysia, the Philippines, the USA, and Nepal.

It is clear as day that vermicomposting has been practiced from ancient times but never at this high level. So, what leads us to stumble upon this wonderful technique. So, let’s see the reason why we need this methodology as technology these days as well as benefits of vermicomposting.

Reasons for Vermicomposting Is Important According to a report by Hoornweg and Bhada Tata, 2012, cities worldwide generate approximately 1.3 billion metric tons of solid waste annually. Report also states that by 2025, solid waste generations will double.

Organic waste is the most significant proportion of the total solid waste generated globally, with 46%. The present solid waste management techniques are mainly landfilling, incineration, recycling, reuse, source reduction, and others. While landfilling and incineration are heavily used these are costly. In addition they also have adverse effects on the environment. The composts and vermicomposts produced from organic waste can be reused as nutrient-rich organic fertilizers or land applications.

Vermicomposting does not need any machinery. This makes it ideal for underdeveloped and developing countries.

Vermicomposting is done using earthworms. Earthworms are effective in reducing most of the bioavailable fractions of heavy metal waste in organic materials. Earthworms can accumulate heavy metals via skin absorption or in their intestine. This reduces the heavy metal concentration in soil.

This makes vermicomposting a leading and beneficial methodology for waste treatment. But do you want to know how this comes to light? So, let me tell you about the history of vermicompost.

Vermicomposting can use organic matter in two ways: During vermicomposting, organic matter is mixed with bulking agents like dried cow dung, vegetable, and fruit wastes, soybean husk, rice husk, etc. Bulking agents are mixed for the reason of:-

Organic matters are given as feedstock to earthworms to feed upon. Earthworms feed on these organic matters for their growth and nutrition. Better nutrition helps in their better and faster reproduction rate.

(a) Gut-associated process or active phase or direct phase—

During the active phase, the physical properties of waste are changed by various metabolic activities like ingestion, digestion, and assimilation.

(b) Cast-associated process or maturation phase or indirect phase—

Earthworms’ movement is responsible for fresh layers of organic waste. This process is especially taken up by the microorganisms and involves vermicompost preparation.

Later, earthworms are harvested, and vermicompost is packed for further use as organic manure.

Earthworms are effective in reducing most of the bioavailable fractions of heavy metals in organic materials. Earthworms can accumulate heavy metals via skin absorption or in their intestine.

Studies prove that vermicomposting can reduce pathogens in waste. Theories suggest that pathogens were killed or reduced through the action of intestinal enzymes in the earthworms and the competition between pathogens and microbes for the limited resources that earthworms left behind.

Earthworms are terrestrial invertebrates and soft-bodied animals. They are involved in many soil-related activities like plowing, nutrient turnover decomposition, and stabilization. These worms have some special characteristics, so they are more favorable.

Characteristics of Earthworms for Vermicomposting

Desirable characteristics in earthworms that are favored are as follows:-

It is evident from above that organic waste is a brilliant feedstock resource for bioenergy and nutrients in agriculture.

Vermicomposting process greatly depends upon the physiochemical nature of waste that is used as feedstock. Many types of waste are used as feedstock like animal dung, fruit and vegetable waste, sewage sludge, paper waste, agro-waste. But suitable feedstock is crucial for the good efficiency of worms.

60% – 80% is the moisture range required for vermicomposting. Excess moisture can lead to aeration problems ultimately can lead to an anaerobic process. In addition, less moisture delays sexual reproductivity.

Optimum C/N density of feedstock is considered 30. Studies show that feedstock having a higher C/N ratio can also be used.

There are many proven benefits of vermicompost and vermicomposting. Some of the some benefits

Some of the disadvantages of vermicompost i’m mentioning below:

It is a time taking process. It usually takes upto 2-3 months.

If the bin is not covered properly, it releases a bad odor. Also, plants and organic matter release ammonia on microbial action that produces a foul smell. Adding carbon sources can reduce the odor.

Observation, and maintenance of temperature is necessary for the smooth process. It would be best to cover the bin properly, or the odor will attract flies and insects.

The total production cost was Rs. 15.68 per kg compost and Rs.0.40 per earthworm. This leads to the net profit of Rs. 9.32 per kg. The undiscounted benefit-cost ratio considering total variable cost and the gross cost was 4.30 and 2.55 rupees. Financial viability of average size vermicomposting firm for five years of economic life was found feasible and the concerning Net Present Value (NPV) Rs. 73997.92, discounted Benefit Cost Ratio (B: C) 1.55, Internal Rate of Return (IRR) 65 %, and Payback period 1.72 years.

We all have read in our science textbooks in schools that ” Earthworms are farmers’ best friends’ ‘. Vermicomposting proves this thoroughly. Not only is this technique easy and economical, but it also has many benefits. Being 100% natural makes it a safe and healthier option. It also helps in tackling one of the most concerning issues, i.e., waste reduction and management. 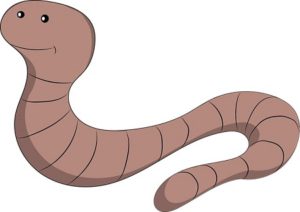 Having so many benefits, it is an economic business also. It can give you money. If your loved ones love plants, remember to give them vermicompost as a gift next time instead of a flower. It will help their garden bloom.

If you want more detail on this topic, please mention in the comments. Also don’t forget to subscribe to our newsletter and other blogs. If you like this blog, please like and comment to ask about the related topic. I’ll love to hear from you all.

She is a biotechnologist and received her master degree in biotechnology from V.B.S. Purvanchal University. Being a biotechnologist she loves to do research and write articles on the same. She’s best known for writing articles and blogs on environmental issues. Through her writings she likes to provide more information on environmental conservation and provide knowledge on how to address the issue, mainly focused on waste management. She looks for ways to get involved and also attended several conferences, workshops and webinars. “Increasing waste around the globe that is affecting our ecosystem and reducing our biodiversity is the most critical issue we humans often overlook and it will be the greatest challenge our younger generation will ever face,” she says. 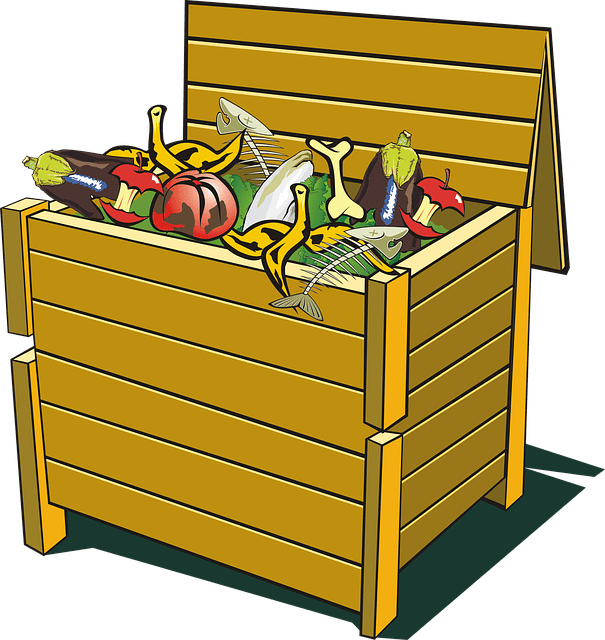 Here’s How Organic Waste to energy is The Future